Hockey discussion, like so many weeks, dominated our household this week.  And it wasn’t just the regular banter about whether the Oilers were going to make a push for a wildcard playoff spot or if Leon Draisaitl will hit the fifty goal plateau.  I’ve been a hockey fan since I was five years old.  As the story goes, I would watch Hockey Night in Canada before I could barely hold myself up on the couch.  I really truly love the game of hockey. I have had a number of great experiences with the game of hockey, from playing, to officiating to watching my favorite teams in the WHL, NHL and Internationally.  From seeing friends play in the NHL or WHL, and now from watching my son play minor hockey and development hockey. I am a passionate hockey fan.  I even created this little blog as a result of my passion for the game of hockey.

This was a tough week though.  As a family we decided collectively that my son would forego his Spring hockey season that we are only one week into.  This was a decision that we struggled with because our family is not known for quitting anything.  Heck I’ve never quit anything in my life so this is uncharted territory for me.  We just felt it was the right decision to make.  The repercussions of our decision are yet to be determined.  This is a good team, an elite team and our son was selected for this team.  We just had a different set of expectations and we feel we just needed a break from hockey.  There are a number of reasons for our decision but as parents this was a challenging decision.  My son felt that he just didn’t want to play and although we had discussed in depth about playing Spring hockey something just didn’t feel right. In fairness, what was communicated to us about the program had changed from when we were originally sought out to play.

We played in a tournament last weekend and saw and heard things that contributed to our decision.  Point being is that it started to dominate our thoughts and we knew the “fun factor” was probably not going to be at the level where we wanted… or where is should be.

I’ve alluded to the fact that I am a fan of the Edmonton Oilers.  It was a tough week as the Oilers, for the twelfth time in thirteen years failed to qualify for post-season playoff action.  Albeit with three to four players who had career years and the games most electrifying hockey player in Connor McDavid.  Another frustrating hockey season for this Oilers fan.

Another thought on my mind this week is the anniversary of the Humboldt Broncos tragedy. This course of events touched me and was one of those where-were-you-then moments. As I write this I am listening to an Oilers Now podcast and Tom Cochrane’s tribute version of “Big League” comes on.  It just feels like it was yesterday.  Today is a Friday and tomorrow April 6th is the official one year anniversary of the tragic event. 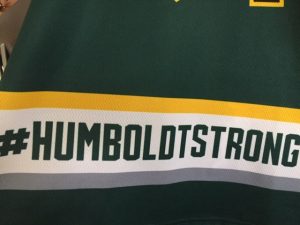 The Broncos will commemorate the one year anniversary of the incident lead by the families and group of local pastors in the community to put together a “Believe” themed service. 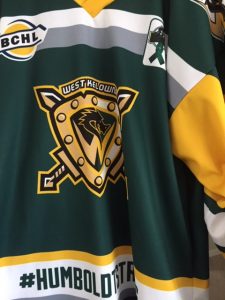 Since this incident, I’ve thought about this tragedy almost everyday.  I’ve wondered about each of the families and about the surviving players and about the people in Humboldt.  The outpouring of support was amazing and I truly believe that we will not forget these families anytime soon.

So why does hockey mean so much to us?

For me, I really enjoy all aspects of the game.  I like the little things about the game.  I liked weird quirky stats.  I like the sound of the blades as they carve up the ice.  I like the wind blowing through my hair as I skate.  I love learning about the new technologies that are available to players.  I like the creativity of the way today’s kids play hockey.  I like a little bit of showboating and crazy goal cellys.  I like the analytical aspect that has emerged in the game.  I like coaching my son whether on the ice or in the garage.  I love watching junior hockey.  I love watching women’s hockey.  I love fair-play and skill development.  I love where the game is going with speed and skill.  My favorite thing about hockey?  Watching my son Elias play and seeing his amazing smile when he’s on the ice.  I absolutely love watching him play hockey.  My success metric for Eli is not in the number of goals, assists or wins (and there have been a lot of all of those), my success metric is in the number of smiles I see on is face when he is on the ice.

There is not much I don’t like about hockey.  I could maybe count on both hands the things I don’t enjoy about the game of hockey:

So there are areas of the game that need improvement, but at the heart of it, hockey is such a tremendous sport.  Hockey means so much to so many people. Why then is hockey so important?

There has been a lot written about how Canada seeks a national identify through sport.  I think it is safe to say that hockey is more than a game to most Canadians.  We are a passionate bunch us Canadians. From frozen ponds and community rinks, to twenty thousand seat arenas Canadians love hockey.  Here are a few thoughts on why hockey is so important to us.

Whether it is the beautiful complexity of certain elements of the game or the delicate simplicity of chasing a rubber puck to deposit it into a mesh net behind a masked gladiator, the game of hockey is like no other.  To the players, coaches and fans, the game means something.  Someday we will no longer be part of the game, but we will carry it with us wherever we go because we love the game.  Indeed.

Video: Courtesy of YouTube
For a variety of reasons, our family made a decision this week for our nine year old not to play Spring hockey this season.  I’ve never quit anything in my life.  I questioned why hockey was so important.

Sound familiar?  Darcy Haugan developed a Core Covenant that rings true and reminds us just why hockey is important to so many people and how it can have a profound impact on our lives. 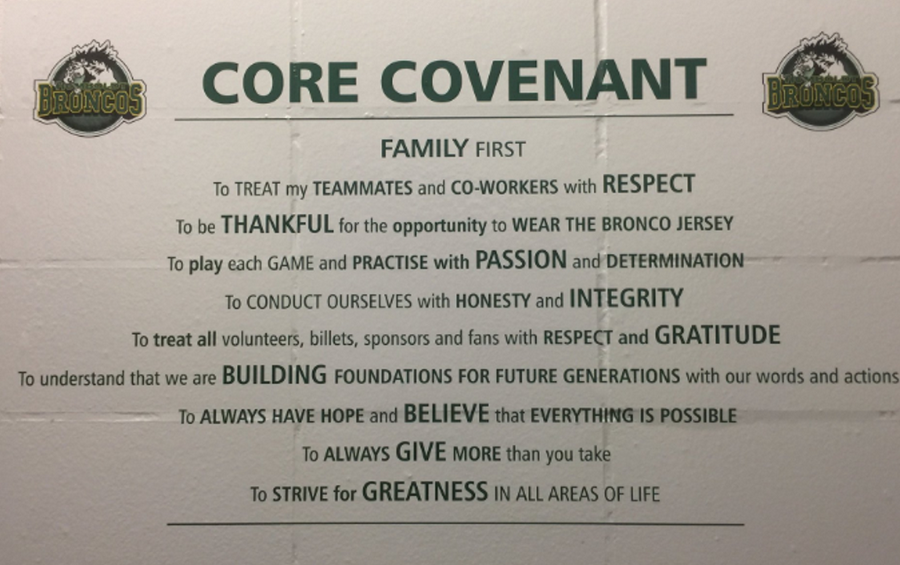 This post is dedicated to families and players of the Humboldt Broncos.  #Believe