Welcome to the Florida Panthers Stats page.  The stats pages on thehockeyfanatic.com are meant to list what we as hockey fans associate with each particular team.

Our stats pages will include our version of the all-time Florida Panthers team as well as obscure stats about the team.  Notes stats are as of the start of the 2011-12 season (unless otherwise indicated).

Did You Know?  As of 2011, the Florida Panthers have the eighth-worst record in NHL history among active teams when measured in points percentage (points divided by maximum points available).  The Panthers have only made the playoffs three times in their 17 season history.  The Panthers gave played well through the half-way point of the 2011/12 NHL season as they currently lead their division ahead of teams such as the Tampa Bay Lightning and Washington Capitals. 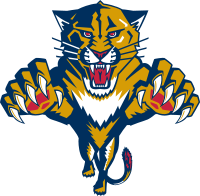 Here is a look at the top 50 all-time leading point producers of the Florida Panthers.