Welcome to the New York Islanders Stats page.  The stats pages on thehockeyfanatic.com are meant to list what we as hockey fans associate with each particular team.

Our stats pages will include our version of the all-time New York Islanders team as well as obscure stats about the team.  Notes stats are as of the start of the 2011-12 season (unless otherwise indicated).

Did You Know?  In the early eighties, the New York Islanders had a bitter rivalry with the Edmonton Oilers as it would be the Oilers who would dethrone the Islanders in their quest for their fifth straight Stanley Cup?  The Islanders have had thirteen captains in their history with three of these being ex-Oilers in:  Michael Peca, Bill Guerin and Doug Weight. 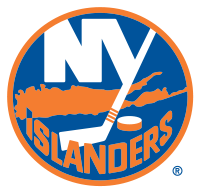