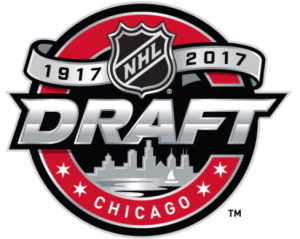 The 2017 NHL Entry Draft will be the 55th NHL Entry Draft. The draft is to be held on June 23–24, 2017 at the United Center in Chicago.  The New Jersey Devils have the first overall pick, followed by the Philadelphia Flyers and the Dallas Stars who round out the top three. Experts believe that either Nolan Patrick from the Western Hockey League’s Brandon Wheat Kings or Nico Hischier of the Quebec League’s Halifax Mooseheads with be selected with the top pick.

It takes a lot of work to make it to the podium of the NHL draft.  Every hockey player in North America and around the world dreams of hearing their name called.  Congratulations to all those young kids who have dedicated years of their lives to try to make it to the NHL.  Further congratulations to all of the parents of the potential draftees in this year’s Entry draft.

Here is a look at who we think will be selected in the first round of this year’s entry draft.

2017 NHL Entry Draft Round One Predictions