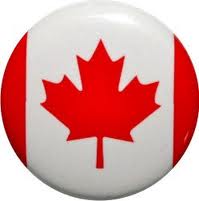 There’s nothing better than going to a hockey game and hearing your favorite tune cranked at the rink.  Whether you are a player on the ice or a hockey fan in the stands a good song can pump you up.  There are a lot of great songs that players listen during the warm-ups as they prepare for their games and we included a number of those in our list of the top 50 hockey songs.  Yet there are so many great Canadian songs that we could add to that list.

2017 marks Canada’s 150th birthday and we thought it would be fun to compile a list of the 150 greatest Canadian songs of all-time.  I know, I know you’re thinking there are not enough Rush songs on the list, or where is my favorite Tragically Hip song, or what’s Nickelback doing on the list?  Listen with all of the great Canadian artists that there have been over the years, this was no easy feat.  Tweet us with your picks for some of your favorite Canadian songs.