The 2016-2017 NHL regular season is over and what a season it was.  Some of the highlights from the season:

So with that we welcome the NHL’s second season, arguably the greatest tournament in all of sports, the Stanley Cup playoffs.

Like most hockey fans we like to predict who we think is going to come out of the West and who will come out of the East. Could this be the year that a Canadian team ends the drought for NHL supremacy?  It just might be and it might not be who you think.  Spoiler alert:  I have gone on record to say that the Edmonton Oilers will be the next Canadian team to win the Stanley Cup, not sure if this is the year or not, but your never know.

Here is a look at the match-ups for this year’s NHL playoffs.  The NHL Play-off format is a bit confusing so excuse us if we get the second round match-ups mixed up a bit. 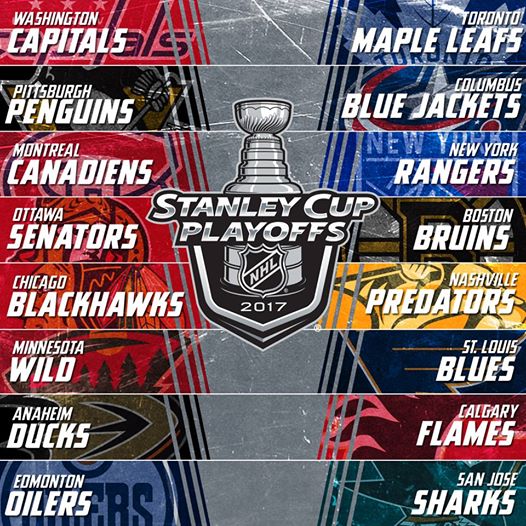 Winner: Ottawa Senators in an upset in seven games.

Ok so that is my Scooby Doo ending.  The Eastern Conference predictions are solid, but realistically we think that either the Chicago Blackhawks or Minnesota Wild will come out of the West.  While I would like the Oilers to come out of the West, quite honestly I think that Cam Talbot will be fatigued and Edmonton’s blueline is simply not quite there yet.

This could finally be the year for the Washington Capitals.  Although the Blackhawks night have something to say about that.

Here are my dark horse picks from each conference that could win the Stanley Cup:

Five Canadian teams in the playoffs.  The Edmonton Oilers back in the post season.  Connor McDavid flying on all cylinders.  Alexander Ovechkin with something to prove.  The Chicago Backhawks remain atop the West.  A potential battle of Alberta looming.  What more could a hockey fan ask for?  Enjoy the playoffs.  See you in June.