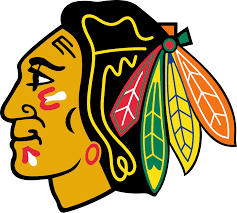 Well it’s late June and another NHL hockey season has come and gone.  Earlier this week, the Chicago Blackhawks captured their third Stanley Cup Championship in the past six years earning them the modern-day dynasty franchise title.  A big congratulations to the Chicago Blackhawks who defeated the Tampa Bay Lightning in six games.  In our Stanley Cup predictions for this year we actually had picked the Blackhawks to win the Cup, however we had them win over the New York Rangers rather than the Lightning whom we had the Rangers dispose of in the Easter Conference final.

Here is look at some of the reasons why the Blackhawks again were able to capture the Stanley Cup in 2015.

Well done Chicago.  As a fan of the Edmonton Oilers I hope that one day we can experience the tremendous success that your franchise has had in recent years.  I like the fact that you are a modern day hockey dynasty.  Parity in the NHL for this hockey fan is not something I prefer.