The 2015 NHL Stanley Cup playoffs begin today and as we do every year, the Hockey Fanatic is pleased to make our predictions for which team will win the Stanley Cup.  With the help of NHL.com’s bracket challenge, here is a look at who we think will win the 2015 Stanley Cup.

While I really would like a Canadian team to win the Stanley Cup, I am predicting an Original Six Final between the Chicago Blackhawks and New York Rangers.  The Hawks will capture another championship.  Now there are a few teams in the West who may have something to say about this namely the St.Louis Blues and the Winnipeg Jets who for me could be the dark horse of this year`s Playoffs.  On the East Side, Montreal, Tampa Bay and for some reason I feel the Ottawa Senators all have a great chance of getting to the Finals.

My dream matchup for the Stanley Cup Finals?  Probably the Winnipeg Jets vs. Ottawa Senators, or the Jets vs. Montreal Canadiens or the Jets vs. the Tampa Bay Lightning.  It begins tonight, like many hockey fans we cannot wait.  Good luck to all of the sixteen teams who qualified for the post season. 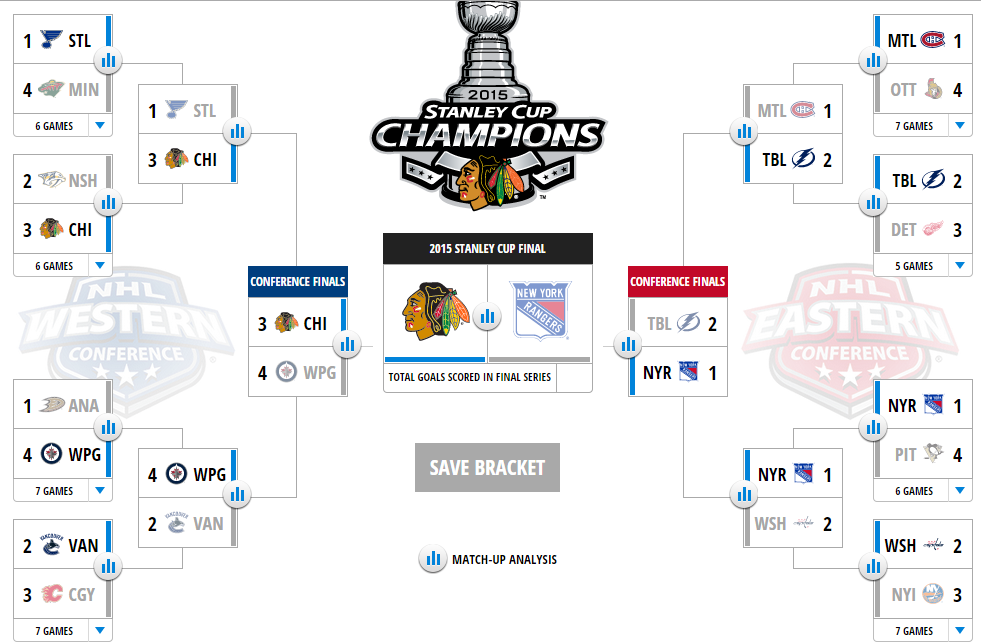