Not since 1993 has a Canadian team won the Stanley Cup.  It just does not seem right does it?  It looks like the drought will continue this season as only one of the seven Canadian teams in the NHL is poised to make the playoffs, that being the Montreal Canadiens.  Since the Holy Grail was raised by the Canadiens, all of the remainder of Canada teams have made it to the Finals (save Toronto) with the Vancouver Canucks twice (1994 and 2011), the Calgary Flames (2004) and the Edmonton Oilers (2006) all taking it to seven games.  It almost seems like there is a curse because quite frankly the Canucks should have won in 2011, the Oilers should have won in 2006 and the Flames should have won in 2004 as those teams were firing on all cylinders and it could be argued that some questionable calls or unexplained circumstances lead to the US based teams winning the Cup those years. 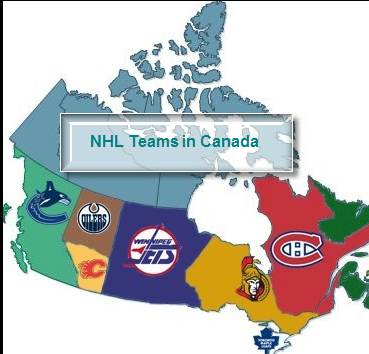 It has been way too long of a drought for long suffering fans of Canadian NHL teams. It does not look that the drought will be ended anytime soon.  Fans of the Montreal Canadiens, Ottawa Senators, Toronto Maple Leafs, Winnipeg Jets, Calgary Flames, Edmonton Oilers and Vancouver Canucks have had to endure teams such as the Tampa Bay Lightning, Carolina Hurricanes, Anaheim Ducks, Colorado Avalanche and Dallas Stars hoist the Stanley Cup.  It sure is sad that no Canadian team has won the Stanley Cup in over twenty years.  Wow, just wow.