Ever wonder about which nations have the most hockey players?  Data from the IIHF, the International Ice Hockey Federation (IIHF) which was founded on May 15, 1908 in Paris, France, as Ligue International de Hockey sur Glace (LIHG) states that there are 74 nations who have registered hockey programs. Did you know that the founders of the federation were representatives from Belgium, France, Great Britain, Switzerland and Bohemia (now Czech republic).  Keeping in mind that there are 74 countries that are members of the International Ice Hockey Federation, should we expect such hockey powers as Russia, Canada, Sweden and the US to top the list?  Yes these nations are all in the top six, but you may be surprised to see which other nations have the most players registered in their programs.  For example, did you know:

Based on the number of registered hockey players, including male, female and junior, provided by the respective countries’ federations. It should be noted that this list only includes the 36 of 74 IIHF member countries with more than 1,000 registered players as of October 2015. 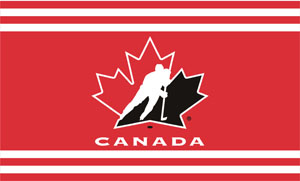 It is pretty cool to see that Canada still has nearly double the amount of outdoor rinks than indoor rinks.  (See Gary Bettman, Canada’s teams do deserve more opportunities to host Outdoor games).  Over 2% of the nation are registered hockey players, along with another 96% who are hockey fans, Canada is truly a nation of hockey fanatics.  Here is a look at the top hockey nations of the world.

It is pretty cool to see smaller nations with hockey programs.  You can see a complete list of IIHF member countries here.