We just completed a recent post stating that the Chicago Blackhawks are the most popular team in the NHL.  This was based on overall online search activity for the 30 National Hockey League teams.  Of course if we dig a little deeper and look at other data sources are the Blackhawks still the most popular team in the NHL?  The answer is a resounding “yes”.  Which NHL teams are the most popular with hockey fans?  Well two telling sources would come from social media, although this does exclude a large part of the fanbase which consists of children (who obviously do not have social media accounts.)

Which NHL Team is the Most Popular with Fans?

So then which NHL team is the most popular with hockey fans?

Based on the number of Twitter followers, the top 10 most popular NHL teams are as follows: 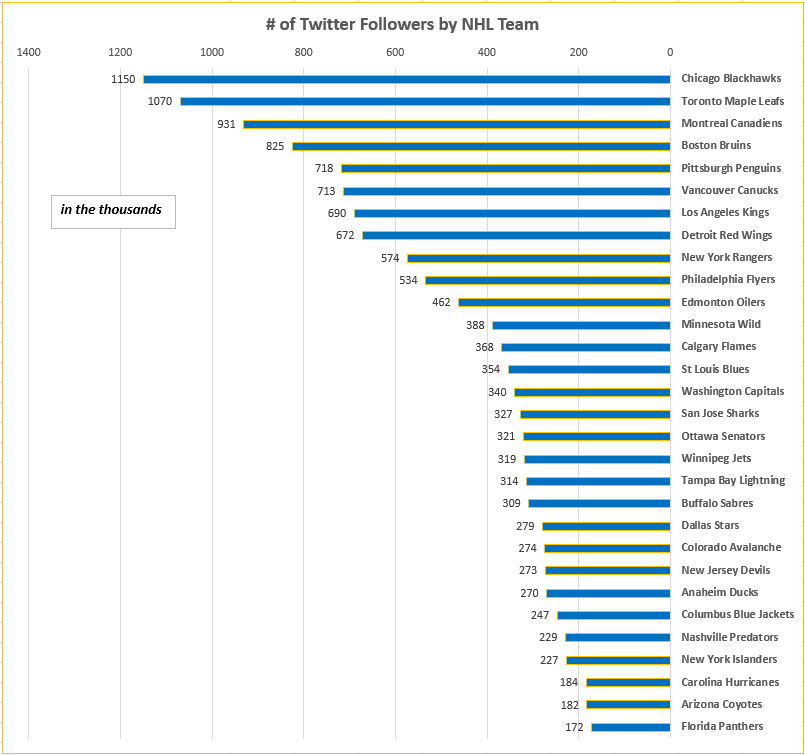 What is interesting about this is that we see a lot of the original six teams in the top third of the results with a lot of the more recent expansion teams near the bottom.  Is this reflective of the actual fanbase for these markets?  It does not seem that far off.  Are Canadian Twitter users more active?  Possibly with a smaller population we see that all seven Canadian NHL teams are in the top half of the league when it comes to Twitter followers and popularity on the micro-blogging site.

What about Facebook?  Well again guess who tops the list of the most active Facebook followers?  Yes the Stanley Cup Chicago Blackhawks.  As a result we can definitely state that the Chicago Blackhawks are the most popular team in the NHL.  Here is a look at the top 20 NHL teams in terms of Facebook follows courtesy of statista.com.  Again original six NHL teams are the most popular however we do see teams like the New Jersey Devils and Buffalo Sabres with more activity on Facebook as opposed to Twitter. 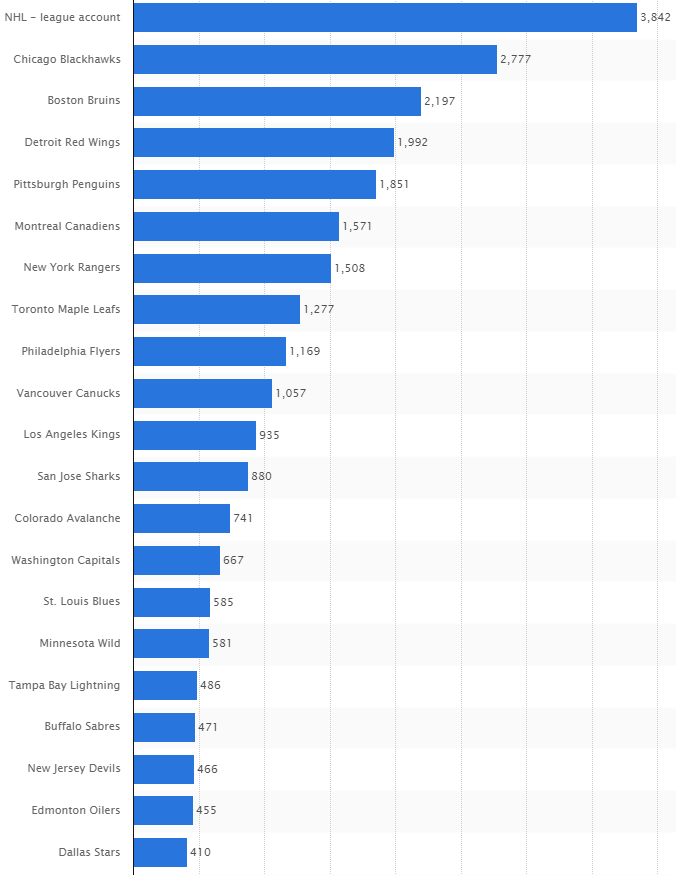