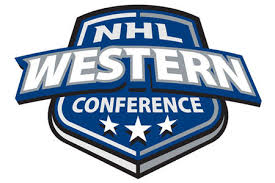 Let’s start with the Pacific Division shall we?  This is our favorite division in the NHL.  Can  the Los Angeles Kings and San Jose Sharks regroup and  return to the Playoffs?  Where do the Vancouver Canucks slot in?  Are the Oilers finally on the road to respectability?

The Anaheim Ducks could be odds on favorites to win the Stanley Cup this season.  This is a big, strong, talented team who’s goaltending surprised us in the playoffs last Spring.  The Kings and Flames will duke it our for second and third in the Division based on sheer work ethic.  With all of their changes the Oilers will still not be a playoff team but could challenge the Sharks for fourth if they can get off to a good start this season.  Is Cam Talbot enough in net for the Oilers?  The Canucks and Coyotes could be in for long seasons.

Is this the year that St. Louis finally wins their first Stanley Cup?  Chicago will be a Cup favorite and the Jets, Stars and Preds will battle for positions three through six in the division.  Minnesota and Colorado could also move up depending on their ability to string some wins together.  This should be a competitive division as the Western Conference is very strong again this season.

Here are some additional predictions for the NHL’s Western Conference.

Team that Will Win the West:  Anaheim Ducks

There you have it a few predictions for the the 2015-2015 NHL Western Conference.

One thought on “NHL Western Conference Predictions for 2015-2016 Season”