The New York Islanders missed the playoffs last year but showed signs that their youthful team expects to be more competitive and will challenge for a playoff spot within the next couple of years.  Or perhaps they will continue to proceed just as they have in recent years failing to reach the 80 point plateau. 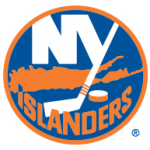 TSN has compiled an off season report on the Islanders that can be found here.  A list of New York Islanders transactions via NHL.com.