Each years thousands of hockey fans complete their research in an attempt to dominate their fantasy hockey pool.  Of course there are various types of hockey pools out there and like most fantasy pools, there has been dramatic changes as to how to run hockey pools.  Not to mention technology and how the ability to easily set up and maintain a hockey pool has become easier in recent years.

Here is an example of six different types of hockey pools.

So how do hockey pools work?  Well basically you are attempting to select a roster of players who are going to put up the most points throughout the season or the play-offs.  Depending on how the pool is set up points may be awarded in a number of different ways.  Values can be assigned for: 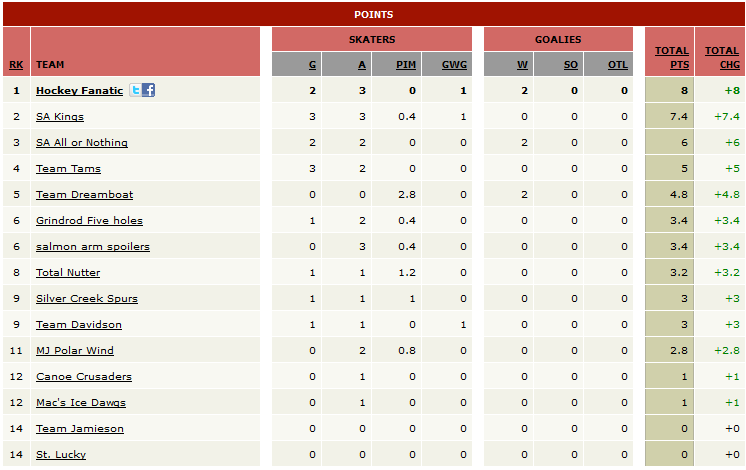 Standings are updated daily and will change often throughout the season.

So you want to dominate your fantasy hockey pool?  Well you have come to the right place.  Of course no one can predict the future and no one can predict which players will light it up, which players will suffer extended injuries or which players may get traded or cut from their teams.  While in some instances you can fluke out a win in your hockey pool, you really need to do some research and pay attention to what is going on in the league if you are to win your pool.  Not to mention you need a solid understanding of the rules of your pool.

21 Tips for Winning Your Hockey Pool

Here are some tips to consider as you assemble your team together for your hockey pool.