Hockey for my money is the greatest sport in the world.  Not just because it is fast and exciting to play and watch but because of the social aspect and overall fun aspect of being involved in the game.  I’ve played hockey, officiated hockey, watched hockey, coached a little and now am a dedicated hockey parent.  While I’ve always been a fan of the game of hockey (hence the name of this blog), I have developed a further appreciation for the game having become a hockey parent in the past couple of years.

Being a hockey parent is no easy task either.  It takes time, commitment and dedication.  Of course we all want the best for our children and it is my belief that all kids should have the opportunity to play organized hockey if they so choose.  Which is why programs like Right to Play or The First Shift program by Canadian Tire are so important.  The First Shift program for example is designed to ensure a positive experience for new-to-hockey families by offering a program that is accessible, affordable, safe and most importantly, fun! 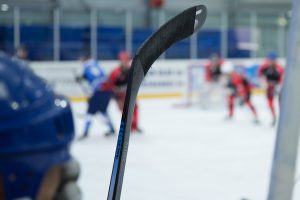 With that in mind, I thought that it would be great if we provided an updated list of tips for hockey parents to ensure that their children enjoy the great game of hockey.  The Hockey Fanatic presents ten tips for being a good hockey parent.

How to be a Great Hockey Parent: 10 Tips

Being a hockey parent can be a thankless job.  Getting up at 4:30 am for a 5:30 practice can be challenging.  We’ve all been there.  However being a hockey parent is also very rewarding.  For me it is one of the most cherished roles that I have.  And like most things in life there are always exceptions to the rule.  “Everything I am is because of him,” said Wayne Gretzky of his dad, Walter whom I have great respect for.  Walter Gretzky just might be the greatest hockey dad ever, and I say he is an exception to the rule, because at an early age, he recognized that his son had a gift.  While he may not have followed the tips above, he was none-the-less one of the greatest hockey parents ever.