There are eight teams competing in the World Cup of Hockey 2016 which begins on September 17, 2016. Each team has a 23-man roster. The tournament is a two week tournament which features the following teams: Team Canada, Team Czech Republic, Team Finland, Team Russia, Team Sweden, Team USA, Team Europe and Team North America. All games will be played in Toronto, Ontario.

The format for the World Cup of Hockey tournament is a Preliminary Round, followed by Semifinals culminating with the Final. There are two groups for the tournament:

Group B
Team Finland
Team Sweden
Team Russia
Team North America (which consists of a selection of the top players from Canada and the United States who are 23 or under as of Oct. 1, 2016). 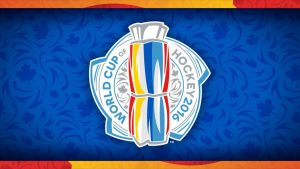 Preliminary Round (round robin)