Here is a look at some of the FAQs as well as predictions from The Hockey Fanatic for the Tournament.

How many teams are in the IIHF World Championship tournament?  There are sixteen teams in the tournament which are broken out into two groups.

The 16 teams are divided into two groups for the Preliminary Round.

Where will games be played?  Games will be held in Moscow and St. Petersburg, Russia.

Where can i find a schedule of round one games and TV times?  TSN has a great schedule of the prelim round games which you can view here.  Opening day games begin Friday, May 6 with the highlight game being Canada vs the Unites States.

How are teams relegated? The overall bottom ranked two of the 16 teams of the final ranking will be relegated to the 2017 IIHF Ice Hockey World Championship Division I Group A.

What does Team Canada’s roster look like for the 2016 IIHF Men’s World Championship look like? Team Canada will be icing a strong roster of players that currently include:

Who is the favorite to win in the tournament?  This should be an interesting tournament this year.  There are a number of great teams.  Check out our predictions below.  Favorites for this tournament would have to be the United States, host nation Russia, Sweden, Finland and Canada.

Group A:  We are predicting that the top four team to come out of Group A will be:  Sweden, Russia, Czech Republic and Switzerland.

Group B:  The top four teams to come out of Group B will be: United States, Finland, Canada and Slovakia 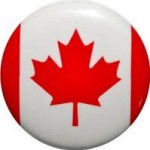 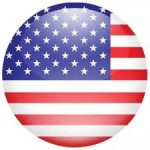 Although our hearts are with the Canadian boys and with Connor Mc David you just never know.  As it sits right now, we’re not sure if Canada’s defense is as strong as some of the other teams in the tournament.  Good luck to all teams.  There should be some great hockey action to watch over the next couple of weeks.