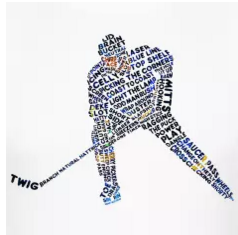 Every industry has their own jargon or buzzwords that they regularly use.  The hockey world is no different.  Each year at the Hockey Fanatic we bring your some of our favorite hockey buzzwords.  These hockey terms are more than just nic-names or quips that you may hear in the dressing room, but simply put, these are some of our favorite hockey terms that, as a hockey fan, we think are pretty cool or at times comical.

Here’s a little locker-room NHL hockey slang to help you out.