The Impact of the Wayne Gretzky Trade on the NHL

With our third post on the 25th Anniversary of the Wayne Gretzky trade from the Edmonton Oilers to the Los Angeles Kings we take a high level look at the impact the trade had on the National Hockey League.  If you missed our first two posts, be sure to check out:

The Impact of the Wayne Gretzky Trade (on hockey fans)

So just how much of an impact did the Wayne Gretzky trade have on the NHL?  Well let’s examine how the trade went down. 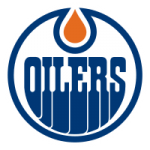 So the winner in the trade?  From a financial perspetive Oilers then owner Peter Pocklington.  From a hockey perspective, the Los Angeles Kings as they were getting the best player and players in the deal.  From a retrospective perspective, the Edmoton Oilers as they would go on to win yet another Stanley Cup in 1990.  Players, coaches, and even the players involved were in disbelief.  Mike Krushelnyski was later quoted as saying that: “(The trade) went against the grain. The Stanley Cup was not the priority. Neither was the team, nor the people. Money was. Plain and simple.”

There are four main areas in which the Gretzky trade impacted the NHL:

I’ve never had the priveledge of meeting Wayne Gretzky, and Wayne if you ever get to read this, I would love to meet you next time you are in Kelowna, BC.  For me, Wayne Gretzky had an impact on the NHL like no one before him and like no one will after him.  He transcended the game and the NHL as one can once in a lifetime.  He loved and still loves the game of hockey.  As former LA King and Gretzky teammate Luc Robitaille states:

Winning was all Wayne cared about. He wanted to win and he was going to do whatever it took to help his team win. Wayne was a student of the game, a huge fan. If you talked to Wayne after a game, he was so aware of everybody. He knew who had goals, assists, how many shots guys on either team would have. His passion was for the game. He was aware of everything that went on on the ice. If you ask some guys, they’ll say, ‘yeah I had a good game’ but they can’t tell you much after that. Wayne was different.

While Wayne Gretzky would never win a Stanley Cup after being traded from the Edmonton Oilers, you have to think that recent Cup wins from teams like Tampa Bay, Anaheim, Dallas, Colorado, Carolina (blech) and yes even the LA Kings last year would simply not have materialized.  Perhaps those teams owe Wayne Gretzky a Stanley Cup ring?