#10. Belleville Bulls – OHL – this is just a great logo for a great nic-name.  This roided out Bull signifies that the Belleville Bulls will not be pushed around by anyone.  Cool logo all around. 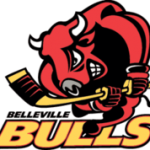 #9.  Gatineau Olympiques – QMJHL – a very unique logo with a nice silver and blacked theme.  A torch, and some Olympic rings. what more could you want.  Stellar logo from Gatineau. 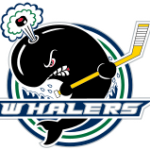 #7.  Everett Silvetips – WHL – our first entry from the Western Hockey League.  Probably the coolest hockey nickname out there, one of four Washington state based teams does it right with their silvertip grizzly bear logo.

#6.  Shawinigan Cateractes – QMJHL – this is one mean looking logo with an Native American Indian Chief looking like he means business. 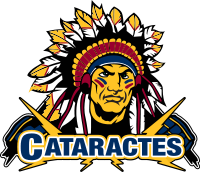 #5.  Red Deer Rebels – WHL – this logo is all about the wild west, and looks like a cool tattoo in addition to be a decent logo crest logo for the Red Deer Rebels.  It has elements of hockey with the two crossed hockey sticks and the skull of a cow or perhaps bull.  Just a very solid design for a hockey team logo.

#3.  Brandon Wheat Kings – WHL – yet another great hockey nickname with a great color combination.  The Wheat Kings logo represents the prairies like no other.

#1.  Sherbrooke Phoenix – QMHL – this is a pretty badass logo with the Phoenix rising out of the ashes.  A great color combination with the blue and the white makes this one of the all-time greatest logos on any jersey period.

There you have it.  Disagree with our selections?  Drop us a line or contact us on Twitter and let us know what your favorite Canadian Hockey League team logo is.