Welcome to the San Jose Sharks Stats page. The stats pages on the hockeyfanatic.com are meant to list what we as hockey fans associate with each particular team. Our stats pages will include our version of the all-time San Jose Sharks team as well as obscure stats about the team. Notes stats are as of the start of the 2011-12 season (unless otherwise indicated).

Did You Know?  George and Gordon Gund, brothers who once held a minority ownership of the California Golden Seals, attempted to relocate the Minnesota North Stars to the Bay Area in 1990 when the petitioned the NHL to move the team from Minnesota.  The NHL denied the request but did award the brothers an NHL expansion franchise which became the San Jose Sharks.  As part of the transaction the brothers would have to sell their Minnesota North Stars franchise but would be able to draft players from the team in a dispersal draft. 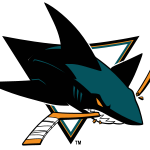