Welcome to the New Jersey Devils Stats page.  The stats pages on thehockeyfanatic.com are meant to list what we as hockey fans associate with each particular team.

Our stats pages will include our version of the all-time New Jersey Devils team as well as obscure stats about the team.  Notes stats are as of the start of the 2011-12 season (unless otherwise indicated).

Did You Know?   Scott Stevens, Ken Daneyko and Scott Nidermayer are the only New Jersey Devils who have their jerseys retired?  Of the three, Niedermayer is the most recent at the time of this writing as his jersey #27 was retired in December of 2011.

The New Jersey Devils franchise has had nine captains in their history.  Six additional players captained the Kansas City and Colorado franchises prior to the Devils moving to New Jersey in 1982. 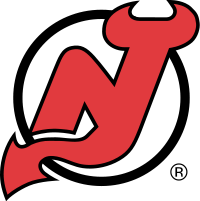