It had to happen.  It was one of those firings where nobody had to ask why.

Without even factoring in this year’s moves that sent useful players like Drake Caggiula and Ryan Strome out of town in exchange for dead weight like Tobias Rieder and Ryan Spooner, Peter Chiarelli’s continued dilution of the Edmonton Oilers roster finally caught up with him Tuesday, January 22, 2019.  At around midnight MST the Edmonton Oilers relieved Peter Chiarelli of his duties of General Manager.  Probably 12-18 months too late IMO.  He’s gone after three and a half years of a five year deal.

As a fan of the Oilers, there are some tough things to swallow:

Wow just wow.  To be this bad, after the NHL handed them nine top 10 draft picks in the last 10 years, including the last two Hart Trophy winners, is beyond comprehension.It’s why Peter Chiarelli was fired on January 22, 2019.

Mark Spector concludes the article with:

“Mercifully it is over for Chiarelli.

As for Oilers fans, well…

What Oiler’s fans were saying after the firing of Peter Chiarelli:

“My mind is still blown that the #Oilers allowed Peter Chiarelli to register a contract for Mikko Koskinen – at an AAV higher than his top defenceman in Oscar Klefbom, not an insignificant deal – a mere 30 hours before firing him.”

We cannot even say that this will get worse before it gets better.  We are already at rock bottom with this franchise.  Hopefully season ticket holders and ticket buyers in Edmonton do their job and seriously consider revisiting purchasing tickets to watch this franchise.  Who in their right mind would pay $525 for a lower bowl ticket, $14 per beer and $20 for a burger to watch this team?

While its easy to play armchair GM, and say that the transaction for Griffin Reinhart was a colossal mistake and that the Oilers could have drafted Barzel or Boeser.  Reinhart did have potential.  A better question might be why couldn’t the Oilers develop Reinhart?  Just one example illustrating that there is more here than just terrible trades from Chiarelli and lets be honest Peter Chiarelli has made some of the worst trades in NHL history.  The bigger issue for me is that the man had no ability to manage the financial aspects of a professional hockey team.  Asset management is not a strength of Peter Chiarelli.

So then what do the Edmonton Oilers needs to do to turn this around?  I’m a firm believer that if one is going to whine and complain about a situation or issue that you should also come with potential solutions.  If the Edmonton Oilers want to hire me as a part-time hockey consultant, I would be open to that, for now here is what I would recommend. 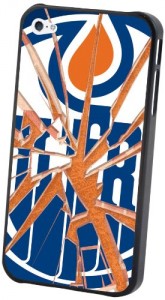 Seven Recommendations for the Edmonton Oilers to… Improve

The goal here is simple.  Identify immediate needs and bring in more skill for core positions on the team to address those needs.

As Mark Spector recently wrote this franchise is at an all-time low when it comes to toxicity.  He’s not wrong.  This could very well be rock bottom for this franchise.  The Edmonton Oilers have some of the best fans of any sports franchise.  We’ve been the whipping boys of the NHL for quite some time.  The team has fostered a losing culture with mistake after mistake.  Do you really think that this was by design?  No, which to me illustrates incompetence of the management team and lack of direction for this franchise.  I always reference the Chris Pronger Curse but come on already.  Perhaps the Hockey Gods are collecting on the fact that the Edmonton Oilers came into the NHL and won their first Stanley Cup within five years of their existence and won five Championships in seven years.

Let’s make it clear, this team simply just needs to get better players.  How you do it I personally don’t care, just get some better players.  Win every shift, win the period, win the game, win the week, win the month, with the division, win round one  of the playoffs, win three more rounds, win the Cup, win the draft, win each trade, win free agency, win your fans back.