With around 30 or so games left for most teams in the NHL season, let’s take a look at how the NHL Playoff picture is shaping up in both the Eastern and Western Conferences.

There are a few surprises in which team are atop of the leaderboard and which teams are currently in a playoff position.

In the West we see some interesting developments: 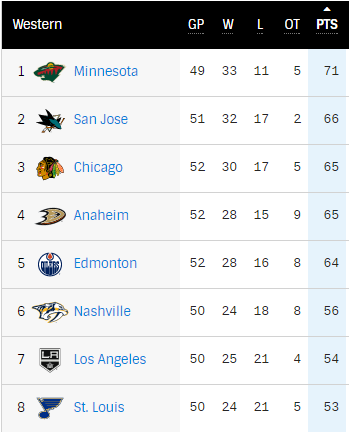 Out East we see some familiar teams in playoff contention. 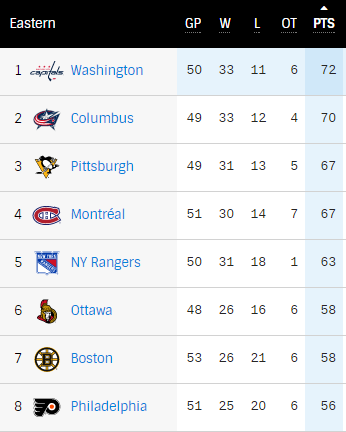 The teams finishing second and third in each division will meet in the First Round within the bracket headed by their respective division winners. First-round winners within each bracket play one another in the Second Round to determine the four participants in the Conference Finals. Home-ice advantage through the first two rounds goes to the team that placed higher in the regular-season standings. In the Conference Finals and Stanley Cup Final, home-ice advantage goes to the team that had the better regular-season record — regardless of the teams’ final standing in their respective divisions.