What a run it was.  The Pittsburgh Penguins captured their fourth Stanley Cup with a 3-1 win over the San Jose Sharks yesterday.  The Pens took the series in six games winning four games to two.  Seven years to the day of their previous Cup win, Sidney Crosby again hoisted the holy grail.  Sid the Kid was also named the Conn Smythe trophy winner as playoff MVP.

The Penguins have been one of the best, and now we can say the best team in the NHL since January.  After firing a head coach and working through some injuries and roster changes, the Pens were able to pull it together and win their fourth Stanley Cup.  Sidney Crosby was dominant.  In all honesty I have never been a fan of his, but you have to give credit where credit is due.  This guy is a hell of a hockey player.  He was dominant in the face-off circle so much so that Shark players were complaining about Sid cheating.  From where I could see the accusations were ludicrous.  Sidney Crosby was just dominant.  He plays hard, tries hard and has matured into a great leader.  Well done Sidney.  #MuchRespect. 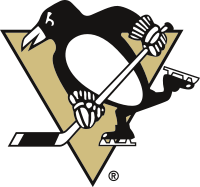 For me being a hockey fan and fan of the Edmonton Oilers, I was so happy to see Justin Schultz win the Stanley Cup.  This poor kid got run out of Edmonton as he had lost his confidence.  IMO Edmonton failed to surround Schultz will a stable and veteran presence on the blueline.  While Justin may not be a Norris trophy candidate as former Oiler GM Craig McTavish once stated, Schultz was a nice addition for the Pens. #LuckyToBeTradedFromOilers.

And what about Phil Kessel?  He lead all players in points in the 2016 NHL playoffs.  Kessel has had a lot of hate directed his way over the years (playing in Toronto will do that to a guy) but the man deserves some respect.  He is now a Stanley Cup Champion and like Schultz was traded from a bottom feeding team to a team that would become the 2016 Stanley Cup champions.

There was a lot of talk that the Pens were too fast for the Sharks.  Some media saying that this could be the start of a trend of Western Conference teams forgoing the size and grit factors for smaller speedier teams.  I doubt we will see that but teams should take note, that there is always a place in the game of hockey for speed.

I was rooting for the Sharks all playoffs as my 2016 Stanley Cup playoff predictions had the Sharks winning the Cup over the Washington Capitals.  However if you read the fine print at the bottom of that post you will see that I liked the Penguins as a dark horse pick.  They proved to be a solid pick and deserve the title as 2016 Stanley Cup champions.  Well done boys well done.