Well we are already 30 games into the WHL season and what a season it is shaping up to be.  Kelowna Rockets forward Tyson Baillie leads the WHL in points with 49 points in 29 games.  Egor Bobenko from the Lethbrisge Hurricanes leads all rookies with 34 points in 29 games and the Kelowna Rockets (my home team) and the Calgary Hitmen lead their respective divisions.  Here is a look at some of the leader in the Western Hockey League as we near the mid-way point of the season.

As mentioned the Kelowna Rockets and the Calgary Hitmen lead their respective divisions. 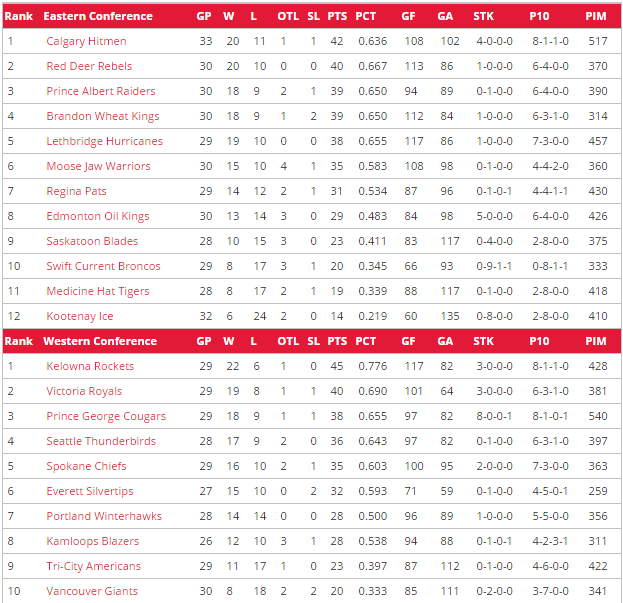 Here is a look at the top 20 leading point producers in the “Dub”. 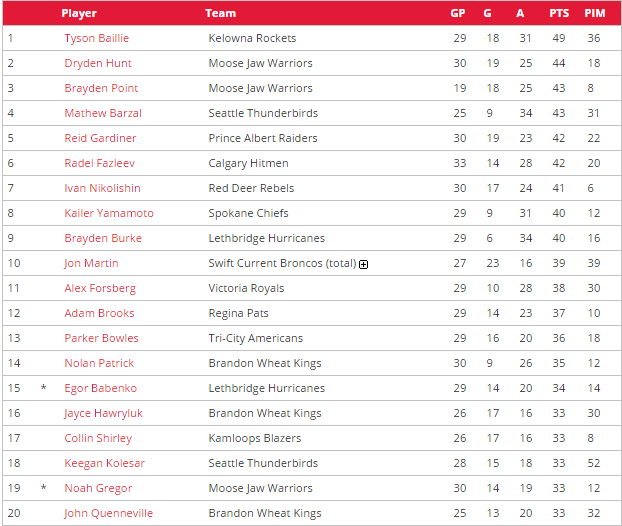 Carter Hart from the Everett Silvertips leads all goalies with a 1.93 goals against average and an impressive six shutouts.  Here is a look at the top goalies in the Western Hockey League as of December 10th, 2015. 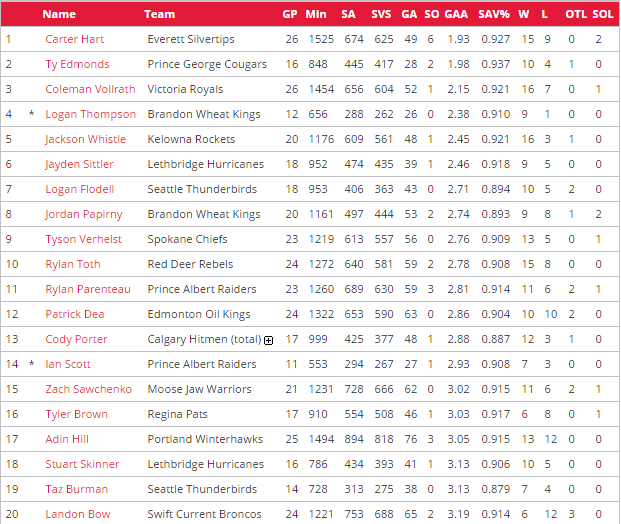