The 2016 World Junior Ice Hockey Championships is set to start on Boxing Day (December 26th) in Helsinki, Finland.  The 2016 WJHC will end with the gold medal game being played on January 5, 2016.  Last year Canada defeated Russia 5-4 to win the gold medal.  Slovakia beat Sweden to claim the bronze medal.  Canada looks to defend their title as they open the tournament with a game vs. our favorite rival from south of the border the United States.

Canada again should be a favorite to win, but there should be great competition from the US, Russia, Sweden and Finland as well.

The preliminary round consists of twenty games.  Here is a look at the schedule for the 2016 World Junior Ice Hockey Championships.

It should be a great tournament as they always are.  Canada should do well again, but there are strong teams with the US, Sweden, Russia and the host country Finns. 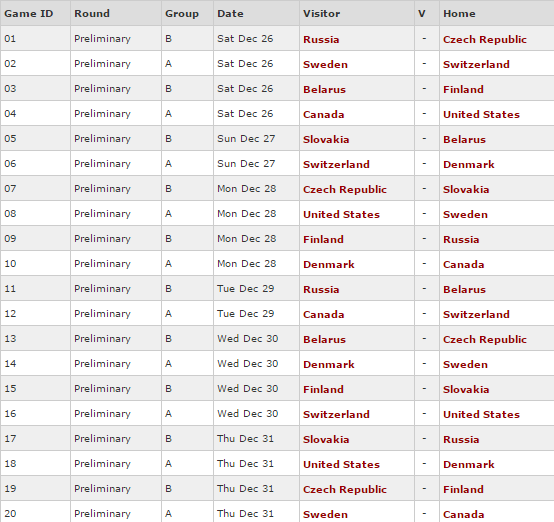