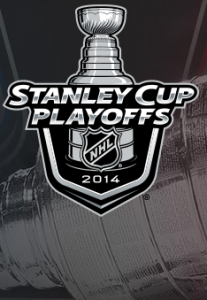 We are on the eve of the 2014 Stanley Cup playoffs.  Only one Canadian team in the playoffs makes it difficult for Canadian hockey fans to determine who they are going to root for this Spring.  Las Vegas has made the Boston Bruins the favorites to win the Cup this year, which is funny because the West has dominated the Eastern Conference pretty much all year.  There are some solid teams in the West and right out of the gate two very strong teams will be out in the first round if we look at the St. Louis/Chicago series and the San Jose/LA series.  Which team is the hottest coming into the playoffs?  The three hottest team as we enter the playoffs are the Colorado Avalanche, Montreal Canadiens and the Anaheim Ducks.  Teams limping into the playoffs include the St. Louis Blues and the Philadelphia Flyers.  Ready for some solid hockey predictions? 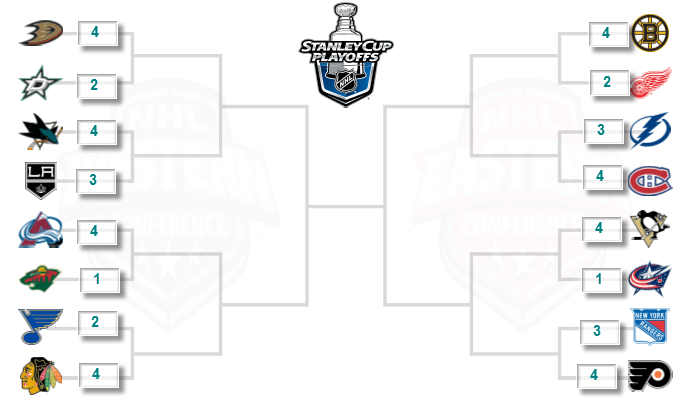 As we move into the second round here is whom we think will be moving on.  In the West we will see the following second round matchups:

In the Eastern Conference:

Our matchup for the Stanley Cup final?  The San Jose Sharks vs. the Boston Bruins.  The Sharks win on home ice in six games.

We are calling it.  you heard it here first.  The three Californian teams are all very strong but it is time for the Sharks to take a bite out of the Stanley Cup.

Now we also have a couple of underdog picks or darkhorse picks for the Cup.  If the stars align we think that the Montreal Canadiens can become the first Canadian team in 21 years to hoist the Stanley Cup.  We also think that the Chicago Blackhawks have a chance at repeating as Stanley Cup champions.  Let the games begin.  Giddyup hockey fans the fun begins tomorrow.