Well the 2014 Winter Olympics from Sochi, Russia are into week two and mens and womens hockey is in full swing.  There have been some exciting games thus far and The Hockey Fanatic is counting down the top ten moments in Olympics hockey from round robin play of the 2014 Sochi Games. 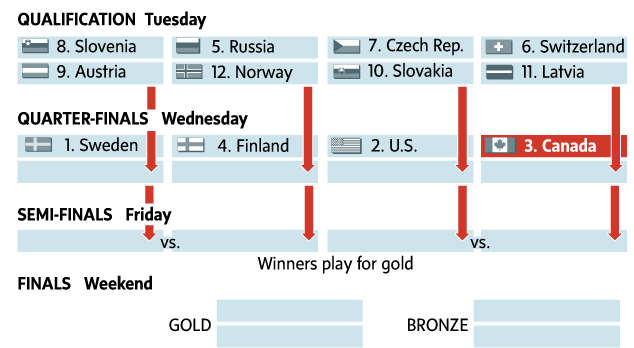 Image:  Courtesy of the Globe and Mail

On the womens side a Gold medal rematch between Canada and the US is expected.  Should be another great game. #CANvsUSA